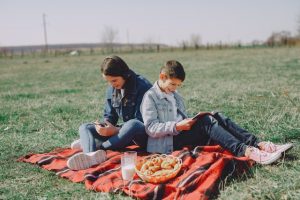 A teenager with a fear of failure may never be able to reach his or her highest potential. The fear of not achieving things is what makes you avoid trying new ones. You may not even try simple things just out of fear of rejection or feeling failure inside.

Sometimes teens draw wrong conclusions about themselves based on failure. A teenager who fails a math test may say to himself, “I’m stupid.” Or a teenager who retires from soccer may think, “I can’t do anything right. This type of negative self-talk can lower your willingness to push yourself when faced with future challenges.

It is important to teach children about healthy conversation. Encourage him to avoid self-defeating statements and teach him to replace negative thoughts with more realistic ways of thinking. A more compassionate conversation with yourself will help you to recover from failure effectively.

Praising your teen for accomplishments can backfire if you don’t do it right. Saying things like that you are proud because he has passed an exam can make him believe that your love depends on his high performance. Praise your teen for putting in the effort regardless of the outcome. Say things like: ‘I’m glad you spent two hours studying for the exam, it sure was worth it.’

When your adolescent’s efforts are unsuccessful, you will have to offer encouraging words such as: ‘It will surely be better next time because you are trying. Praising your teen’s efforts emphasizes the importance of doing their best.